Epoxy Adhesive Preforms define custom parts that are cut out of an adhesive film material that can come either thermally conductive, or electrically conductive. However, oftentimes they come as both. In addition, some of these films are supported by carriers. These include fiberglass or polyimide films to ease in handling and assembly. Epoxy preforms offer an alternative to conductive thermal pastes that can be difficult for assembly.

With epoxy films, since these films can be preformed to shape it minimizes the amount of post-cleaning that is required to be done before, and after bonding is completed.

Conductive Thermal Pastes can be inconsistent for the sole reason of how its applied. Depending on who/how it is applied. On the other hand premade epoxy preforms are made the same way every-time. The thickness, cut-outs, and tolerances of the preform can all be held to +/- .002” in some cases.

Since Epoxy Preforms are 1 part pre-cut parts, there is no need to mix anything unlike some of the conductive thermal pastes available.

Overall, epoxy preform film materials add a lot of consistency and can lower cost per unit of production.

I cannot begin to overstate how much easier handling is with a carrier. Unsupported films can fall apart in your hands because of the lack of support. Cutting should be done on the liners, or with the support of something at all times.

Cutting can be a bit more of a challenge with a supported epoxy film. The reason for this is laser cutting is the preferred method of cutting for complex epoxy shapes. Polyimide or fiberglass can make the cut a little rougher or harder to cut through. 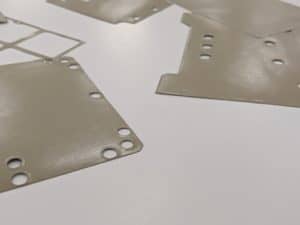 The material being preformed allows allows for more uniform bond lines and consistent application of the adhesive across the assembly. When there is many cut-outs and close tolerancing using automated machines can offer an incredible amount of consistency. Applications such as bonding to heat-sinks are common for these films. These epoxy films can be laser-cut or die-cut.

Henkel manufactures a number of assembly film options that may be a fit for different applications that require epoxy preforms: 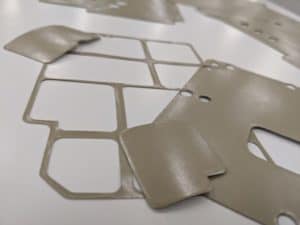 It is wise to consulate about epoxy film sheet sizes before determining sizes of preforms. With these materials tightly controlled performance characteristics and thickness tolerances availability of size can be tricky.

Storage is an important consideration with these films. Oftentimes these films are required to be stored at temperatures at freezing or sub-freezing in order to maximize the shelf life. This includes when shipping these materials that they are shipped at temperatures required by their datasheets. Our team generally refers to two different types of ice. There is Blue Ice and there is Dry Ice. Blue Ice keeps the package at around 30-45°F, and Dry Ice keeps the package sub-zero fahrenheit.

At NEDC, we laser-cut or die-cut epoxy preforms to many different custom shapes for our customers. Epoxy Preforms are usually very intricate with many twists, and turns in the cuts. With these challenges, choosing between die-cutting or laser cutting is a tough choice sometimes.

The delineation between laser-cutting or die cutting is often stratified by a number of factors including:

-Complexity of the cut-outs

-How many preforms are being manufactured

-How big/small the preform is

If you have an application that you believe could utilize preforms or assembly films, please contact sales@nedc.com. Before the close of the 2022 year, NEDC bought a knife-cutting machine. This knife-cutter will enable NEDC to provide more quality parts to its customers. This machine has a maximum table length of 60’’ x 120’’. NEDC is very excited to announce this to our customers....

END_OF_DOCUMENT_TOKEN_TO_BE_REPLACED

At NEDC, we cut epoxy preforms films regularly through die-cutting and...

END_OF_DOCUMENT_TOKEN_TO_BE_REPLACED 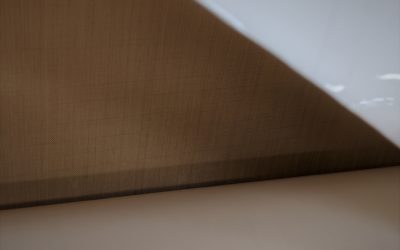 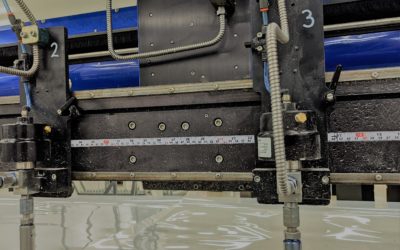 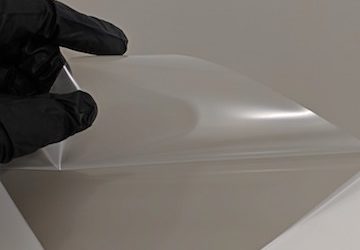 NEDC laser-cuts many materials with its laser-cutting machines. One of the most frequently cut materials at NEDC is frozen epoxy films. Many of these film materials offer thermal and/or electrical conductivity. COOLSPAN® TECA from Rogers Corporation is a thermally and... 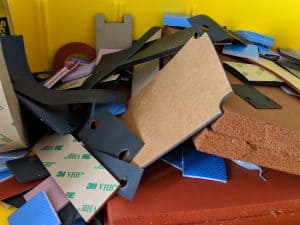 As I always say, every print is like meeting a new person. Similar to DNA, every print is unique to the material, shape, size, tolerance, and specifications. At NEDC, our business model is built around the idea that whatever design our customers come up with, if we... 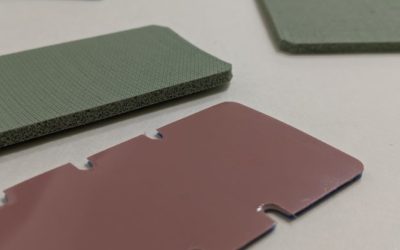 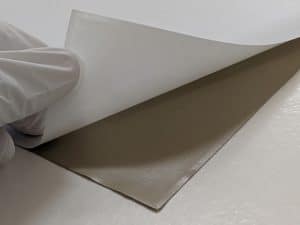 At NEDC we die-cut and laser-cut many types of adhesives. One adhesive that stands apart is Ablefilm® 5025E™. This film is one of the most common converted at NEDC via laser-cutting or die-cutting. 5025E is an unsupported electrically/thermally conductive epoxy film... 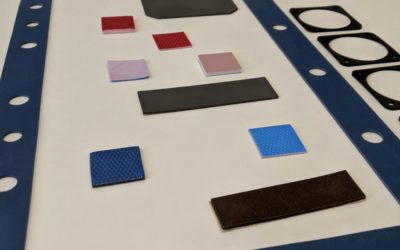 Like many people, I have pet-peeves. One of my small pet-peeves is when a company says “We are a one-stop shop” Well, if that were true a customer could literally just drop a BOM on your lap and expect that entire product assembled in a quoted lead-time. While there... 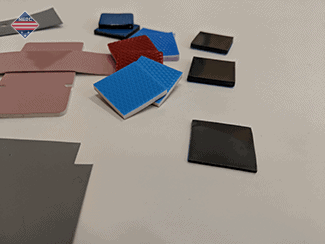 Thermal Conductivity is Not Everything

One thing we commonly hear in the thermal management industry is “This has 5 w/m-k and that has 1 w/m-k, so this one with 5 w/m-k must be better.” We thought we would write a blog to discuss how oftentimes this thinking paints a poor picture of what the situation...

We often hear from the customers we work with, that our parts are the last thing people think of when completing a project. These parts can range from thermal interface materials that provide a stick-in-place solution, heat-dissipating solution, or a left-out gasket... 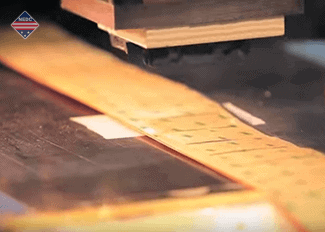 Nowadays everyone is trying to do everything faster. Make coffee faster, make cars fasters, make the computer that I am typing on faster. Some feedback that we often get from customers is, “These parts are so small, or so awkwardly shaped that removing the liner from... 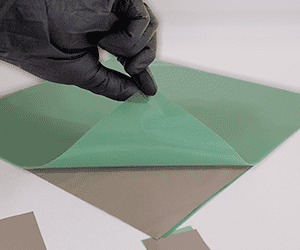 All of the information presented above is believed to be factual and accurate; however, NEDC is not liable for any design or application utilizing this information.

We are an authorized 3M Converter at NEDC. As a result, we work with many of their tape products. These include VHB Tapes, EMI Shielding Tapes, Transfer Tapes, and many others. One of the tapes we work with often is 3M 9731 Double Coated Tape. This tape has the great...

NEDC has been die-cutting thermal pads since its inception in 1982. One of the more popular products Sil-Pad 900S by Henkel’s Bergquist. It is one of the most commonly die-cut materials NEDC converts. This product is part of the Sil-Pad family, featuring great thermal...